In 2008, a younger family member, Dr. Abdulla Al Humaidi, founded Kuwaiti European Holding Group (KEH). Through KEH, the Al Humaidi Family now invests in international projects throughout Europe and the Middle East. While most of their investments are in Kuwait and the UK, the Al Humaidis are aiming to expand.

At the core of the family’s success is a keen understanding of real estate investment. What follows are three lessons to glean from the Al Humaidi Family in Kuwait and beyond.

Proceed with Care into New Markets

The Al Humaidi’s company, the KEH Group, has locations in Hong Kong, Dublin, Dubai, Cairo, London, and Kuwait. Yet for the Al Humaidi Family, Kuwait was where the foundation of their success was built. Even today, through its sister company, Integrated Financial Services Group, KEH is heavily invested in Kuwait. Also, one of KEH’s top portfolio companies, Al-Fouz Investment Company, is a prominent real estate investor in Kuwait.

So while KEH Group and the Al Humaidi Family have expanded well outside their home country, they never lost their foundation. By maintaining this foundation, the family reflected their understanding of the significance of local knowledge. Fortunately, for KEH and its shareholders, the Al Humaidi Family didn’t fall victim to the hubris that many expanding investors do. Instead, as they expanded into the United Kingdom and Hong Kong they leaned on local expertise. In fact, Landmarque Property Group, one of KEH Group’s investments, explicitly said they invest in “access to local expertise.”

It’s this care and understanding with which KEH proceeds into new markets that make their efforts a success. Newer investors would do well to heed this example. Rather than expanding quickly in the pursuit of growth at any cost, the more measured, intentional approach should win out.

The First-Mover Advantage Is a Half-Truth

In the world of business, there’s something called “the first-mover advantage.” The “first mover” is the company or individual who is the first to develop and market a product.  The advantages of being first vary depending on the circumstance. However, generally speaking, being first leads to a longer learning curve, superior brand recognition, and higher switching costs. That is, first movers have more time to learn and become familiar to customers before the competition heats up. Also, since they’re first, customers who purchased their product must pay higher switching costs to go with a competitor.

The trouble with the first-mover advantage is that it’s only half true. Take The London Resort as an example. The London Resort is a $5 billion planned project located in England that will include a theme park and a resort. While certain aspects of the project may change, it’s expected to include four hotels with more than 3500 rooms. Additionally, the resort will include a 3000-seat event center, indoor and outdoor theaters, and an eSports arena. The total area of the project encompasses 465 hectares. Put simply, it’s a big project that will create significant recurring revenue and thousands of jobs for years to come.

Through the London Resort Company Holdings entity, KEH owns the project. But they faced a development roadblock when Paramount dropped out of its deal to license LRCH its intellectual property. But LRCH soldiered on after the Paramount deal seemingly fell apart. Then, in 2019, LRCH were rewarded for their patience when Paramount agreed to rejoin the project. At issue in 2017 was LRCH’s desire to work with other companies along with Paramount. When Paramount rejoined in 2019, though, LRCH got its way. Today, the park is set to open with partnerships in place with BBC, ITV, and Paramount Studios.

In a masterful stroke of dealmaking, LRCH refused to be beholden to their first choice of IP partners. At the time, critics claimed Paramount’s dropout would be the death knell for the park. Yet LRCH and KEH stood strong and ultimately emerged with the deal they wanted.

For all the success of the Al Humaidi Family Kuwait throughout the globe, some might expect them to focus on increasingly prestigious markets. But the family has shown admirable, and ultimately profitable, restraint in this regard. In addition to their many projects abroad, in Kuwait the Huamidi Family has invested in multiple, significant projects including:

Through its affiliation with REAM and the Landmarque Property Group, the Al Humaidi Family has a significant stake in Ream Tower. Ream Tower was one of the first developments of its kind in the region. Today, it houses commercial offices, luxury brands, government agencies, and large businesses. Shoppers and businesses have enjoyed Ream Tower since it was opened in 1978.

Also through Landmarque, the Al Humaidi Family’s Kuwait presence includes the Panorama Complex in Kuwait city. As its name implies, Panorama features a distinct panoramic architecture. The property was purchased as part of a deal worth $5.95 million.

The Hard-Won Expertise of the Al Humaidi Family Kuwait

After observing KEH’s current success, it’s easy to overlook all that has come before. But the reality of KEH and the Al Humaidi Family is that their current success is a product of multiple lifetimes of work. Hamad and Souad Al Humaidi dedicated their lives to business and in turn, they came away with hard-won expertise. That expertise was passed on to and earned by Dr. Abdulla Al Humaidi.

So while aspiring investors will do well to follow KEH’s example, they must also consider KEH and themselves from the proper perspective. Aspiring investors will take time to accumulate the resources KEH possesses. However, the principles that KEH uses, even now, are as applicable as ever to any real estate investments strategy. 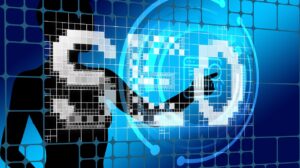 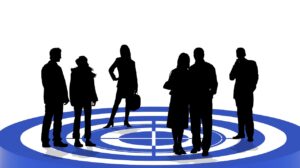 Affiliate Partners- Are They Worth It?

With the boom of online businesses, setting up an affiliate program is a viable option to generate more sales...

Sumeet is professional writer who loves to research of unique topics and express his thoughts by content writing.