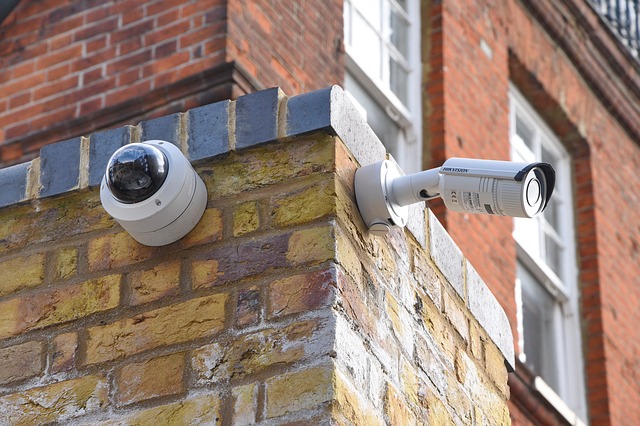 For some time now, the world has become increasingly smarter. The increase in the use of smart technology in our everyday lives might seem a little excessive to some. However, the opportunity for success and transformative change shines through thanks to the development of smart technology. It helps us to spot problems we would not on our own and to notice issues in our day-to-day lives.

From making it easier to spot a potential hazard at home to keeping crime down, smart devices are more important than many would have assumed, given their relative infancy as a tech development. However, it is the development of the smart CCTV (closed-circuit television ) that is the biggest innovative driver at this moment in time.

A Project Long in the Making

The use of such camera hardware has been coming for some time. Take this paper from Kevin Abas, Katia Obraczka, and Leland Miller. It shows the developmental process of SlugCam: a solar-powered, wireless smart camera network. It is primarily to be used for video surveillance and would be a key tool for making sure we could limit and, eventually, put an end to major crimes altogether. Just like SlugCam, smart CCTV also strives to serve the same purpose. So without further ado, let us discuss the topic in details.

What is a Smart CCTV?

Traditional CCTV’s days are long gone. This means that many of the industries along with homes are ditching grainy, black and white video feed in favor of smart CCTV.

Just like any CCTV, a smart CCTV works by providing real-time surveillance videos. However, where the traditional camera only records, a smart CCTV can understand the feed and is able to make sense from the images that it records. It is fed with such data and an algorithm that makes it possible for smart CCTV to detect certain behavior, keep a track of it, and evaluate it accordingly.

Smart CCTV is revolutionary in the sense that it acts like robots with human thinking capabilities. Some see it as a move into a more Orwellian way of living: where everything is analyzed in a way that helps them predict future events. Sure, it is a little worrying; however, it is fair to say the pros might outweigh the cons with such tech development.

How Does a Smart CCTV Work?

A smart CCTV remains in a slumber-like state and it only awakens when its sensors detect movement. The smart CCTV is connected through a Wi-Fi network which helps it in recording and sending the live-feed to the person in charge.

Once it starts recording, an alert or a notification is sent to the person in charge which means that they can either view the live stream or record it for later viewing. A smart CCTV does not need hardwiring; just select a place and hook the CCTV for better security.

Internet of Things (IoT) is a network of connected devices through Wi-Fi or internet data that helps in sharing, connecting and interchanging crucial data with just a few clicks. Because of IoT, various devices such as home appliances, mobiles, tablets, computers, smart vehicles and other Wi-Fi electronics all share a single data connection which enables them to exchange information at a faster pace.

Just like that, the smart CCTV can be just another addition to the plethora of vast electronic devices controlled by a single individual from anywhere in the world.

The advent of smart devices along with IoT has paved way for two schools of thought. One that strongly opposes the integrations of the internet into smart devices; and the other that sees this integration as a natural technological evolution path that can be beneficial for both  consumers and industries alike.

Although Smart CCTV and IoT seem a little risky and invasive, if implemented correctly can reduce costs, ensure security and deliver convenience to consumers. Moreover, the integration of IoT and smart CCTV trumps the traditional surveillance systems as it allows individuals to store and create a back up of the feed in the cloud. This makes it convenient to view live streams or recordings from possibly anywhere in the world.

Additionally, the smart CCTV and IoT cut the need for having a security department with a room full of employees constantly surveying an area. This is because IoT based smart CCTV can monitor any site and live stream the videos to specific individuals without any need for human intervention. Further, IoT based smart CCTV can send a trigger to notify individuals of any unspecified movements. This essentially combines the surveillance and the intruder alarm into a single device which ensures a protected environment.

An IoT-based smart CCTV is the very definition of a forward-thinking and ambitious project. It is going to help put in place a major change in the way that we live, and how we go about protecting ourselves from danger and from risk.

Such developments have been ongoing for many years, with various independent and corporate projects taking place to try and create more IoT based smart options.

Benefits of IoT Based Smart CCTV

Apart from providing a live feed and performing 24/7 live surveillance, IoT based smart CCTV can also be beneficial in the following ways.

A major benefit of using tools like an IoT based smart CCTV is that it could help us to see more for longer. Most wireless systems today will need some kind of battery operation that will need to be replaced or recharged. With the help of an IoT based smart CCTV, this is not the case as it could easily be kept charged and running without the same need for maintenance.

This allows for a significant downturn in the amount of time that we spend trying to control and manage our security systems. Additionally, maintenance might still be needed, but the time required will be reduced considerably.

Part of using an IoT based smart CCTV is that it would allow for smart and simple integration with other systems. For example, facial recognition systems could easily be wired up alongside this system. While some might worry about the lack of privacy that this could create, it is a system already in the works in China.

Such ‘ranking’ systems for people might seem like bad news for those who fear for our liberty under excessive government surveillance. However, identifying such issues and helping to make sure we can spot real crimes is very important.

While we have a lot to do to make sure that IoT based smart CCTVs do not ruin personal liberty, they should play a much bigger role in ensuring that we can quickly identify potential dangers to society thanks to constant surveillance capabilities.

Some believe that with constant capturing of data and imagery that it might become impossible to accurately capture moments of danger. However, with the IoT based smart CCTV, the constant alerts would ensure that any analysis needed could be requested in real-time.

Instead of reviewing video footage hours after the incident takes place, these smart CCTV would make it much faster for you by providing live-feed. In allowing for almost instant action to be taken, we could vastly cut down on the risk posed to individuals or their properties.

While some feel that the IoT based smart CCTV industry might become a danger to society, it is impossible to argue against the benefits to our wider personal security both at home and in the wider world. It is a debate which will rage on, but it is safe to say that the concept of an IoT powered smart CCTV network is no longer just a hope or a suggestion: it is here to stay. 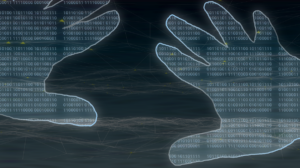 Shawn Mike is a passionate writer with love for web development and digital marketing. He also likes to design infographics and banners for various international clients.